I want to write briefly about prophesy as a divine utterance. Prophetic utterance is a very dynamic way that God uses to change situations. It is an inspired pronouncement proclaimed, declared or uttered upon a situation, problem, person, etc, to bring a change which cannot be at a particular time without a move of God. We can read of a horrendous situation that needed such a prophetic pronouncement. 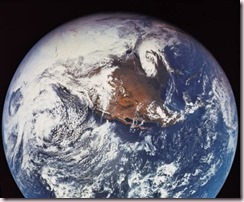 “The hand of the Lord came upon me and brought me out in the Spirit of the Lord, and set me down in the midst of the valley; and it was full of bones. Then He caused me to pass by them all around, and behold, there were very many in the open valley; and indeed they were very dry. And He said to me, “Son of man, can these bones live?”

So I prophesied as I was commanded; and as I prophesied, there was a noise, and suddenly a rattling; and the bones came together, bone to bone. Indeed, as I looked, the sinews and the flesh came upon them, and the skin covered them over; but there was no breath in them.

Also He said to me, “Prophesy to the breath, prophesy, son of man, and say to the breath, ‘Thus says the Lord God: “Come from the four winds, O breath, and breathe on these slain, that they may live.”’” So I prophesied as He commanded me, and breath came into them, and they lived, and stood upon their feet, an exceedingly great army.” Ezekiel 37:1-9 (NKJV)

The situation described in the passage does not have a human solution. It can only be changed by God. Prophetic utterance followed progressively to bring a change. Please take note that I said progressively. Many people don’t follow through, until God to perfect that which concerns them before running along. They assume that “if it is God, progression is not needed”. That is erroneous assumption.

There was another occasion we can look at to see prophetic utterance in action; that is in 2 Kings 7:1-16. (NKJV)

The scripture says, “Then Elisha said, “Hear the word of the Lord. Thus says the Lord: ‘Tomorrow about this time a seah of fine flour shall be sold for a shekel, and two seahs of barley for a shekel, at the gate of Samaria.’”

So an officer on whose hand the king leaned answered the man of God and said, “Look, if the Lord would make windows in heaven, could this thing be?”

As you can see in the above Bible quote, it was difficult for an expert to imagine the possibility of a dramatic change to the problems in Israel and he couldn’t hide his feelings. If you continue the reading of that scripture, you will see that God fulfilled his promise.

What you should know about prophetic utterances.

1. God is very active on earth among his people and can intervene in difficult times.

2. God is almighty and nothing can stop him when he wants to change a situation (Daniel 4:34-35) “And at the end of the time I, Nebuchadnezzar, lifted my eyes to heaven, and my understanding returned to me; and I blessed the Most High and praised and honored Him who lives forever: For His dominion is an everlasting dominion, And His kingdom is from generation to generation. All the inhabitants of the earth are reputed as nothing; He does according to His will in the army of heaven and among the inhabitants of the earth. No one can restrain His hand or say to Him, “What have You done?”

3. It can be above comprehension – you might be tempted to doubt it

4. It may not come with “demonstration”. So don’t expect the spectacular

5. It cannot fail in its time.

The dangers to avoid

1. A lot of Christian values are being manipulated and there are fake imitations that can mislead people. (Acts 8:9-11, 18-20)

3. If you are a minister, be sensitive to the Holy Spirit to know what he wants to do; don’t force the hand of God to produce prophetic utterances. You are not less a man of God if you have not experienced this gift. Don’t allow people to force you into errors.

4. Like I said earlier, prophetic utterance could be progressive; you need to be patient if God is working through your situation using this means.

I believe that someone reading this message and who is in a very precarious situation will receive a divine intervention very soon. God will turn around your ugly situation and give you rest. He will remove your shame and put a song in your mouth.

This article is also published in www.holyspiritcomfort.com

All Bible quotes are from www.biblegateway.com

This site uses Akismet to reduce spam. Learn how your comment data is processed.